Hi.
I want to use the console version of opendPDC. Is there any documentation with the commands and parameters?
Best regards.

Then, just navigate into the installation folder and run the following:

You can also run it as an “application”, this operates like the service but it will be running as your local user. FYI, in this mode you can find the openPDC host icon in the tool bar:

I am using the Linux version, I run it using

I can see that openPDC is running 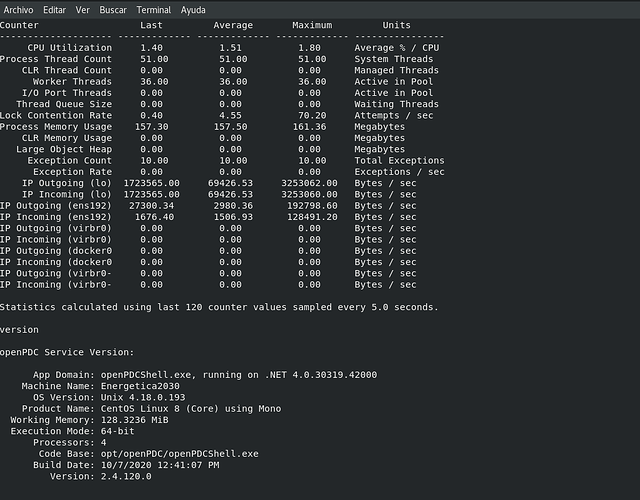 This is the best documentation we have on configuring and using openPDC on Linux:

Also note that if you can get the latest version to work (although I realize this may take some effort), it contains the initial version of the web based manager for the openPDC which can be accessed from http://localhost:8280/

This at least lets you add new synchrophasor and Modbus devices and will work from within Linux.

Thank you. I also found some commands in https://github.com/GridProtectionAlliance/openPDC/blob/master/Source/Documentation/wiki/Getting_Started.md

I copy a portion of the text below.

I will also try the web Manager for openPDC.

You can use the openPDC console to monitor the status of connections, configurations, errors, general statistics, and many other things. If you installed the openPDC using the openPDC installers, you can run the console using the executable found in your installation directory (and there should also be a shortcut in your Start menu). If you built it from source, the console should appear as soon as you begin running the openPDC application. Once the openPDC is ready, you can begin issuing commands through the console.

The openPDC console commands typically have three options and are entered as follows:

If you enter a command without any of the three options, it will default to the /i option. The following subsections will go over a few common uses of the system and their commands. Note : Since input and output are taken care of in the same console, an output statement may appear while you’re in the middle of typing a command. Please ignore this occurrence and simply continue typing the command; the program will still handle the command properly.

The help command can be used to see a list of all commands that can be entered into the console.

Used by itself, the list command will simply list the adapters in the specified adapter collection. Additionally, list can display detailed information about a specific adapter specified as an argument to the command. The argument can be either the name or the ID of the adapter. The following images show examples of this usage and its output. 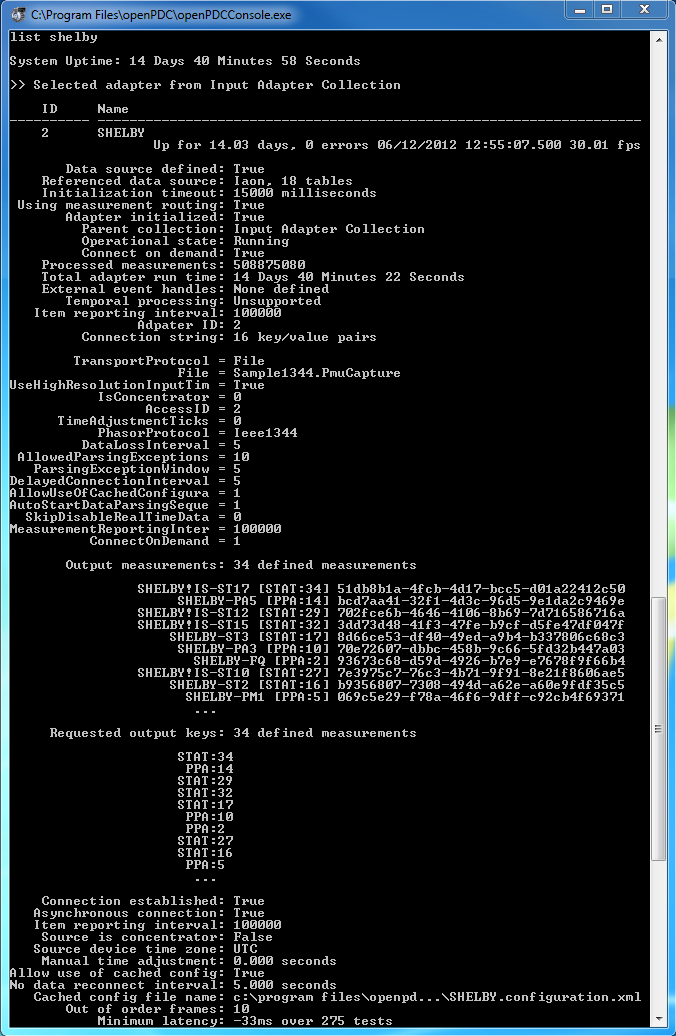 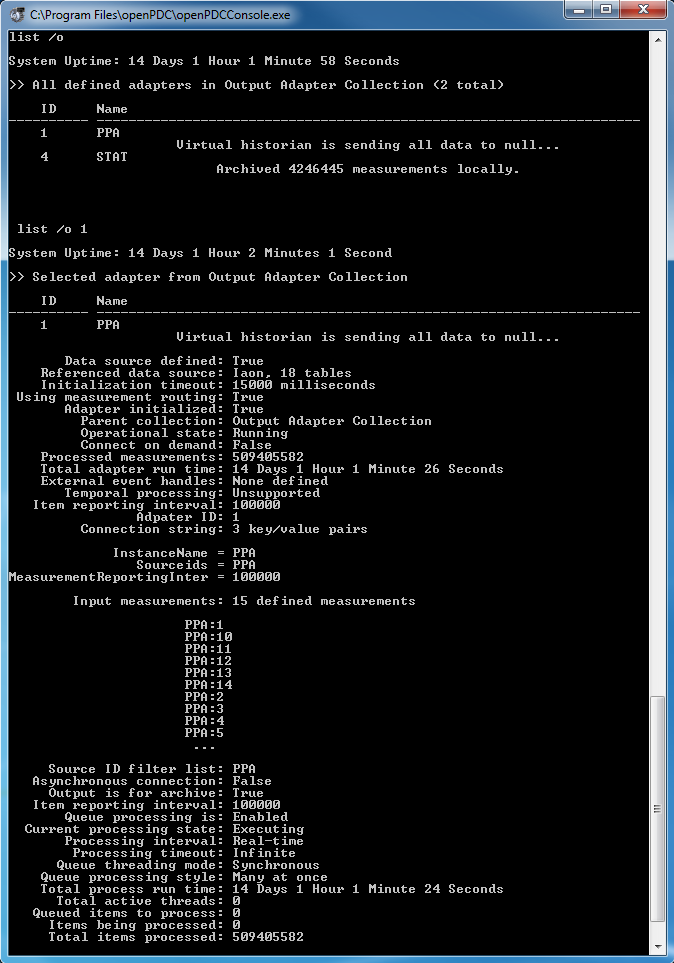